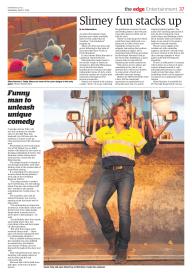 While a regional newspaper might not seem like the #1 source for gaming news or reviews, I saw it as an opportunity to extend the paper’s audience to a younger demographic and vice versa; leverage the authority the paper had within the community to present games as a legitimate cultural work. There was no one in the office reporting on games when I got to Geraldton, but I was more than happy to fill the void.

While I wrote plenty of reviews the best example of my Guardian content would be my interview with a local shoutcaster. This gave me the opportunity to explore the issues of digital lifestyles in a non-metropolitan area, through the lens of games, and bring eSports to an audience that had probably never even heard of it before.

If we’re being real the gaming blogs and student magazines I wrote for were staffed mostly by younger people with enough time to support a free publication. I have the utmost respect for editorial skill of the many people I worked with, but nothing compares to the literary purgatory of a life-long newspaper man glowering at you from the subediting desk. I learned to make the 300 words I had to work with count, packing down information into neat, all-appealing chunks that could be digested by any reader, not just “hardcore” enthusiasts. 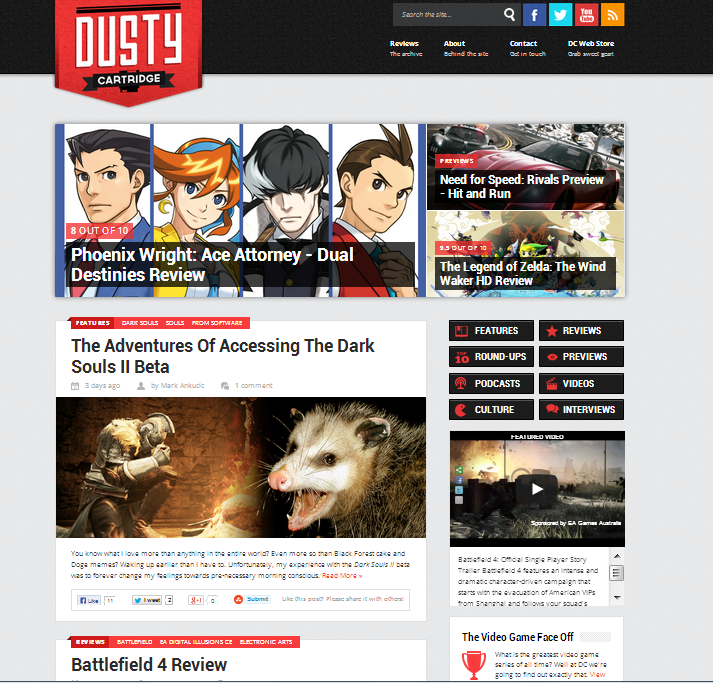 PAX Australia launched in 2013, and gave me my first chance to engage with other games press face to face. One of the people I met there, Chad D’Cruze, pointed me in the direction of a site he was helping to run at the time. Dusty Cartridge was a pit-bull terrier: Small, overly ambitious, and willing to bark and bite to get noticed. Living on the West Coast meant I didn’t really get to take advantage of their access to events, but it was a great way of honing my skills in games writing with more editorial input than I’d received from Bitmob.

Dusty Cartridge closed in 2014, and is now only accessible via archive. I wrote a number of reviews, but the peak of my work for DC was the linux porting feature (in the wake of Steambox announcements) you can read here.

During my first few years at Curtin University I contributed to the student magazine. This was, as opposed to the paper, not run by the journalism department and so featured much more creative and student-targeted content. As well as contributing features and music reviews I wrote a number of game reviews for the quarterly publication. Unlike at Bitmob the subeditorial contribution for Grok was minimal – articles would often go in with only a quick spellcheck – this exposed to me a huge number of flaws in my writing style that were previously being fixed without my knowledge (pacing, tone, word repetition, unnecessary cussing). Seeing those errors on the page kicked my act into gear. I have since become much more precise writer, and later issues of the magazine were thankfully much better.

Early on I knew I wanted to write about games, and a number of ex-1Up staff started a bleeding edge concept with Bitmob. The idea was to curate community content with professional subediting and mix that with editorial content from veteran writers to create a seamless ocean of content that represented both the readers themselves, and the personalities they enjoyed hearing from. Budding writers also got their copy edited, which would help to hone their writing down to a more professional standard.

It was a good concept, but didn’t really hold up when it came to monetisation, and was eventually incorporated as the gaming news section of VentureBeat. Although the idea was supposed to stay the same the community largely fell away as the constant roll of features was replaced with more boilerplate news coverage.

Bitmob was the first work I had published to a wider audience. You can see a list of articles here, my first published article here, and my article on the problems representing interactive media through non-interactive trailers here. The latter got a fair bit of traction, and was the second most read article on the site in the month of its publication.